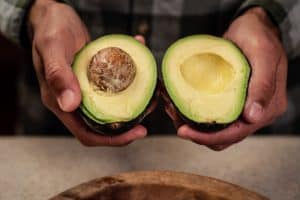 We are hearing the word plantbased nutrition more and more in our society. Already, we can see some misinformation creeping up on social media and news. I’ve done some research and want to demystify some of the false belief that is out there. Let’s do some myth-busting on the top myths that I’ve found.

You can’t get enough protein on a plantbased diet...

“Where will I get my protein?” is a question that I get a lot. Well, let’s see… beans, lentils, nuts, hemp seeds, and whole grains, of course! Even individuals who require more protein, (highly active adults, seniors, and children), can successfully increase their intake by consuming these foods. Honestly, we only need 0.8 grams of protein for approximately 2.2 pounds of body weight. That can be done with a plantbased diet. So the next time you need or want some extra protein, grab three tablespoons of hemp seeds and eat up!

Plantbased Diets are restrictive and expensive...

Ok I’ll admit, they can be if you buy a lot of junk foods or you aren’t willing to try new foods. However in reality, if you know where and how to shop, you can lower your grocery bill and find a new taste that quickly becomes a favorite. Meats will be replaced with mushrooms, lentils, tofu, or legumes. While cheeses become homemade alternatives with nuts and seeds; you can make larger quantities for less money than you would pay for storebought. That’s right, replace processed foods with whole foods and back away from some of that junk food. Your grocery bill should be comparable or lower than it was when you were eating more animal products. Spend those extra savings on enhancing your spice and seasoning collection!

Plant-based nutrition could be considered the original Paleo diet. We once believed that early humans consumed a large proportion of animal protein in their diet. It is from that belief that, in the 2000s, the Paleo diet (mainly comprised of animal protein) became popular in the world of nutrition and diet. Although, we now know that the nutrition of bipedal primates and Homosapiens was primarily composed of nuts, fruits, leaves, roots, seeds, and water. In that case, the “original” Paleo Diet was in reality plant-based eating. Many people think that they will be hungry on a plantbased diet or that they will lack nutrition. In actuality, fruits, vegetables, whole grains, and legumes are all high in fiber — which is likely to leave you feeling fuller, for longer. Not to mention all of the macronutrients that have been linked to several other health benefits, including improved gut health and controlling blood sugar levels.

Plant-based nutrition is a fancy term for a vegan diet...

In the world of nutrition, plantbased eating is having a large portion of one’s nutrition coming from vegetables, fruits, herbs, nuts, whole grains, and also include legumes or other plants. A spectrum of plantbased nutrition options is available to you. Some are very strict (vegan diet), others are still adding animal products like dairy (vegetarian) and at the other end of the spectrum are those that still eat meat, poultry, and fish on an occasional basis. Plant-based eating can be for everyone, the main idea is to add more vegetables, fruits, nuts, whole grains, and legumes.

Plant-based nutrition is not for athletes

It was once believed that you needed to add animal protein to your meals to increase muscle mass. The strongest mammal is the gorilla (most are herbivores). It can lift around 4,409 lbs; that is 10 times its body weight. It would be like a 200 lb. individual lifting 2,000 lb. If other mammals can live a healthy and strong life on plantbased nutrition, we probably can too. Some studies and athletes have demonstrated that it is possible to increase muscles and be fit with a plantbased nutrition. For example, one of the best Tennis players alive, Serena Williams is known to be a plantbased (vegan) eater!

Expanding your palate is exciting for your taste buds so go out there and try a new vegetable or fruit. Whether you want to save the planet, become healthier, or simply feel better, plantbased nutrition is a great option to be a better person.